How to Learn Korean on Your Own: The Beginner’s Guide

Korean used to be the neglected language among the East Asian group. Among the lay people, it was often mistaken for Chinese or Japanese. Those two used to be more popular, but nowadays, the situation is changing. There is a lot of interest in Korean. That is why I put together this guide on how to learn Korean and speak like a native.

Unlike the other two major Asian languages, Korean has its own alphabet, called Hangeul. It consists of 24 distinct characters, which are combined together in clusters that make up the sounds and words.

This greatly accelerates your learning progress as a beginner in the language. There are no complicated characters with multiple strokes: in fact, you can learn Korean writing in a few hours. You can actually read Korean on your very first day!

The Korean language is an isolate: there are no other languages like it. However, a part of the vocabulary has been appropriated from Chinese. For many expressions, two equivalents exist: an original Korean one and a Chinese borrowed word. Sometimes they are used interchangeably, but in most cases, they are used for different situations. For example, Korean numbers are used to tell age, while time is told using words of Chinese origin.

There are many more interesting titbits, but I’ll leave some for you to discover on your own. After all, that is one of the charms of learning a foreign language. So, let’s get to the learning.

Tips For Motivation And Easier Learning

Learning a foreign language can be an amazing experience or a complete nightmare. It all depends on how you approach it. Motivation is the key: if you want to learn something, you will find the time and patience to do so. Find out what motivates you to learn Korean and you will be well on your way to fluency. So, here are a few tips to make you an expert in the shortest possible time:

The most efficient way of learning a language is to hear and speak with a native speaker. Not only is it a great time, but you also pick up many subtleties that you never could from a book. When combined with studying from a book, this gives you the opportunity to test your skills in practice. And don’t be ashamed to make mistakes or even get laughed at. There is nothing wrong with being bad at first – everyone started there. Laugh along and you will be surprised at how fast you improve.

If you live in Korea, this is easy; however, if you don’t, finding Korean friends might not be as straightforward. Look for student’s clubs and classes at local universities or local Korean communities; many of them will be happy to let you tag along. You can even try a language exchange app like Bilingua, where you can connect with native speakers and practice the language.

2. Double Down On Speaking

Since the writing part of Korean is relatively simple, you can spend a lot more time developing your speaking skills. This has twofold benefits: first, you will become good at speaking, but second, that will transfer to writing, while the other way around doesn’t apply.

Watching K-drama and K-Pop is usually the number one reason people become interested in Korea. The K-wave is still going strong. Korean music, TV shows and movies are the best look into the distinct culture and help you learn Korean. Many learners credit their immersion in these media for advancing their language skills quickly. 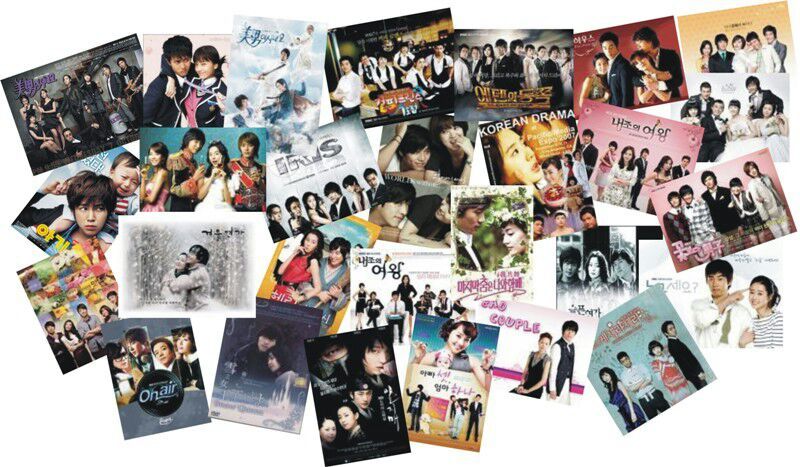 If there are no Koreans around where you live (and make sure you check twice!), don’t worry because there is always a solution: you can turn to the wonderful Internet to meet them. There are many websites which connect people from all over the world to help them learn each other’s languages. A connection like this can last a lifetime and can even transfer over to real life. One such place is Bilingua. It allows you to easily meet native speakers.

I know this isn’t an easy option for many. However, it is probably the most effective. Living in a strange place where they speak a strange tongue will force you to adapt quickly. Probably you are thinking why should I move to Korea? Well, although moving to this beautiful country and mingle with the locals would probably be the fastest way to learn the language, it would also be the most unlikely thing to happen, right?

Well, in this case, I would especially recommend taking language classes and then go there for a vacation. When there, you can sign up for classes. Many universities offer them and they are often 4 or more hours per day. Here you can take a look at a list of courses to learn Korean at different levels. (Bonus tip: many Koreans will want to try out their English on you and this is perfect if you want to speak with them in Korean. It’s the perfect opportunity for language exchange: You learn Korean and they will learn English!

Online courses are the next best thing after live courses. If you apply yourself, you can reach a high level of proficiency. The selection is quite large, so here are a few of the best:

Imagine a Korean learner goes to Seoul for a few weeks and learns the basics to get around. He can successfully ask for directions, navigate his way through a train station, and order a glass of soju. According to him, he “speaks Korean,” which, of course, he does. But he’s far from fluent.

The moment a native Korean speaker starts to speak with him about something that isn’t the way to the bathroom, how he’s doing, or what he would like to order, he’s stuck. He speaks enough to get by, but not enough to fluently communicate. While he may “speak Korean,” I probably wouldn’t recommend that he puts it on his resume just yet.

It’s all about the level. According to the European Common Framework of Reference for Languages (CEFR), a guideline used to define language achievements, there are three basic language level groups broken down into two levels each.

While there is no level called “fluency,” the description of each level can help to give you an idea of your current Korean ability, goals, and what you really consider to be fluent:

Konglish – So Many Korean Words You Already Know!

Don’t disregard Konglish. It is one of the best tools for developing familiarity and confidence in the Korean language. In fact, I would say that Konglish is becoming so prevalent that Koreans sometimes don’t even recognize the word as an English word. So, how to read English words written in Korean? It’s quite easy. Once you grasp Hangul, simply sound out the syllables slowly and distinctly. You’ll immediately hear the English version hidden in there. Then you’ll start to see Konglish everywhere.

– A good example of how Konglish has progressed, take a look at the word 미용실 which is the Korean word for “hair shop”. You will still see this word used today, but you’ll much more commonly see the Konglish version – 헤어숖

As you study Korean you’ll begin to notice patterns that can help you identify and memorize new words. For example, 국 is often a suffix for a “country”. So when you see or hear that word, it may refer to a country, but not always. It could mean soup! Delicious! Another common Sino-Korean word is “ 님” which is often in reference to a “person”. These patterns are everywhere, so take notice!

A great way to quickly improve your Korean skill without offending anyone is to default to using the ending – 아 / 어 / 여요 , if you don’t know which honorific to use. This is kind of the “middle-ground” when it comes to honorificity: it carries enough politeness to be acceptable in most situations, but it can also be casual. I still use this rule of thumb regularly because it allows me to speak without having to think about which honorific ending is most suitable for the situation. This frees up my mind to focus on speaking and gives me confidence that I won’t be blatantly offending someone. Koreans will usually accept this level of politeness, especially from a foreigner.

Getting Better at Speaking Korean

Try to imitate native speaker’s recordings as much as possible, and copy what you hear around you . It can be great fun to test your accent and intonation by mimicking how Koreans speak. This was a strength of mine when I first began learning Korean. I focused on imitating what I heard because it was the easiest way to practice without thinking about the meaning. Granted, sometimes this got me into a little trouble when I would imitate swear words on accident, or say something in a way that only females would say it. But overall, it usually made for a good laugh, and Koreans always complimented me on my accent.

Koreans have a range of emotions, attitudes, emphasis, and subtle meaning riddled throughout their speech: from low grumbles to high-pitch cuteness. It’s always fun to see what you can copy, and they usually get a kick out of hearing it come from a foreigner.

To get a better idea of how you sound, record yourself from time to time so you can be sure that you are understandable. Playback your own recordings and listen to it along with a native speaker’s recordings → function supported in the LingoDeer app.

Getting Better at Listening to Korean

If you use a feature that allows you to slow down the speaking, this can be extremely useful to pick up the meaning of a sentence or message. Listen to clear and slow speeds and gradually move to speech at a faster, natural speed → function supported in the LingoDeer app

Getting Better at Reading Korean

Reading is a great way to improve your vocabulary and sentence structure. Your first inclination is to whip out the dictionary and translate every word you don’t know. We recommend refraining from this practice. Not only is it tedious, but it removes a crucial learning mechanism from the process: deduction . This involves using the broader context of the syntax to figure out the specific meaning of a word. So, try to guess the meaning of new words with contextual information. It may be harder at first, but it’s a great way to increase your vocabulary.

Have a notebook to collect useful new words and well-written phrases. There is so much new, fun, and interesting information to gather while learning. You’re going to want somewhere to stash it so that you can reference and recall it later. Don’t rely on memory. Develop a system of recording and collecting things you’ll want to remember. Then, review them regularly.

Getting Better on Writing in Korean

Accept the fact that writing is the hardest and takes a long time to practice and improve. So invest in some pencils and a few heavy-duty erasers, because it’s going to take some time to write well. Especially since digital mediums are so common these days. You don’t spend much time with paper and a writing tool, but this is crucial to your language development. That tactile process of putting pen to paper will ignite your childhood learning system and help you lock in important and useful content.

These days, you’re going to have to type on a device. So, get a Hangul keyboard and start forming the habit of typing in Korean. Get familiar with useful writing templates, such as an email, a sick leave notes, or an invitation.